Cartoon Story Maker is a simple program that lets you rapidly create 2D cartoon stories with conversations, dialogues, and different backgrounds. Background images can be imported from external sources, such as the Web, unlike the character images (the character cartoons) which are limited to the 8 default templates. This might be a noticeable disadvantage as being able to add different character images from external sources, would have definitely increased the field of possibilities offered by this program when it comes to creating original cartoon stories. Anyway, it’s still a pretty handy cartoon creation tool, as it allows adding an unlimited number of frames to the story. It also allows for selecting and using dialog boxes and text bubbles of various types and sizes. Last but not least, voice recordings can be added to the cartoon, and not only from existing recordings, but also by creating new ones, a recording panel is included in the application.

Though the only supported output format is HTML, saving cartoon stories as HTML web pages allows them to be viewed by anyone with an up-to-date web browser, which is a really important advantage as no compatibility issues shall be encountered by your viewers. Saving and loading the cartoons at later times is also possible, and so is previewing them at any point of production.

In conclusion, though not without flaws, Cartoon Story Maker is a nice tool that can prove handy in plenty of situations. Best of all, it’s free. 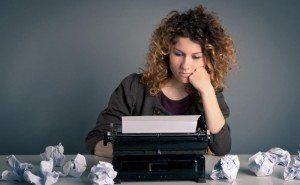 Find a Writer in Yourself

Create collages with your favorite photos easily and quickly.

It enables you to create collages from your photos.
FREE

Thank you for rating the program!
Please add a comment explaining the reasoning behind your vote.
10 comments

Very timely and useful for teachers.

I love this app. Thank you very much.